Blog - Latest News
You are here: Home1 / Tuneless News2 / I like to sing 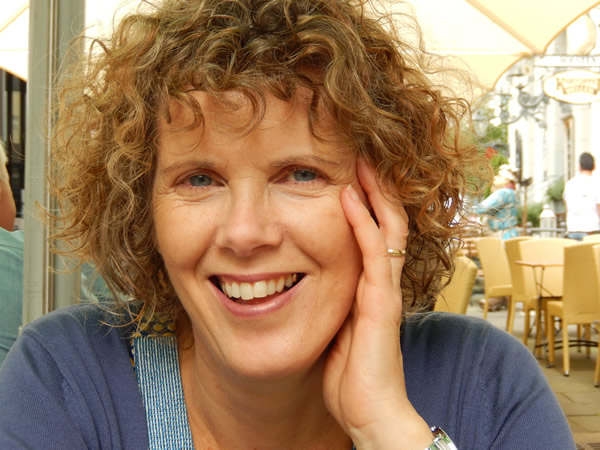 In the words of Barry White, ‘I love to sing the songs I sing’.

I don’t come from a musical family, and we tend towards the tone deaf end of the spectrum when it comes to singing.  Apparently as a baby, my dad used to bounce me up and down on his knee, whilst singing ‘Red Sails in the Sunset’ or ‘Blaydon Races’, and I inevitably cried until he stopped.  I don’t remember that, but I do have memories of small children turning round to try and identify the location of the cat that was being strangled, and smirking as he sang hymns with relish at Sunday mass, oblivious to the audience – or the music.

My mum, who never knew the words or the tune, was no better, as she half hummed, half la la’d along to songs on the radio.  Her uncle Ulleac though was a renowned singer, and could belt out renditions of ‘Danny Boy’, ‘When Irish Eyes are Smiling’ or ‘The fields of Athenry, at Christmas, christenings or funerals, until all vestiges of sentiment had been wrung out, and not a dry eye remained.  It wasn’t that he’d inherited the family’s only musical gene, rather he was one of the group of unrelated people who qualified as aunts and uncles, just because they happened to live on the same street.

The night before musical instruments were due to be allocated at primary school, I crossed my fingers and prayed to St Cecelia, the patron saint of musicians, that I’d be allowed to play the violin.  St Cecelia didn’t come up trumps, but I was still excited rushing home that day to tell my mum I’d been chosen to play the triangle – a ‘very special, very important responsibility’ according to Sister Hyacinthia, who had probably noted my crestfallen face.  My best friend Geraldine got a violin to play.  I tried not to be envious.

We moved up to grammar school together and auditioned for the school choir.  The chosen song was ‘Early One Morning’, a piece of music not known for its appeal to eleven year old girls.  Mr Devlin, his black beard barely covering a huge birthmark, played the introduction on the piano, and Geraldine’s voice soared, she was the young maiden singing in the valley – even if the school was on a hill.  She was definitely in the choir.  I stepped eagerly up to the piano, but even I realised I had some difficulty with the high notes – and the low ones – and I remember Mr Devlin smiled as I came to a faltering close.  He said there had been a lot of pupils wanting to join the choir but I would be on a sort of waiting list, that meant I could attend lunchtime practices – but only if it was raining.  I didn’t really understand the logic but my mum and dad did.

If you are tonally disabled you rarely get a chance to sing out loud.  Singing solo in the shower or the car doesn’t really count, it’s the singing with others that makes it special.  So, over the years, I’ve generally kept my voice and head down, not wanting to draw attention to my lack of skill.  Of course, there have been occasions, usually after nights of too much alcohol, when I’ve given it my all, joined enthusiastically in group renditions of ‘Auld Lang Syne’ and ‘Climbed every Mountain’ dressed as a nun at Sing-a-long-a-Sound of Music.  I have watched Gareth Malone coax reluctant participants into uplifting choirs on TV, envying the visible growth of camaraderie and confidence, but never thinking that could be me.

Not me that is, until I discovered and joined The Tuneless Choir, a growing movement of choirs for people who can’t, or think they can’t sing.  Who sing for the joy and health benefits of ‘singing like no one is listening’, and laugh when things go wrong – as they so often do.  We sing our hearts out from Abba to Wham, by way of Elvis, Frank Sinatra and Queen.  My choir might not have learnt the complexities of Handel’s Messiah or Verdi’s Requiem, but we smile more and have sung ‘Downtown’ outside the Royal Festival Hall and the Sage, inspiring strangers to dance together in the street.

So up yours St Cecelia, Mr Devlin, Geraldine and all the others, Tuneless Bridget sings in a choir.

Bridget Cuthbertson is a member of Newcastle upon Tyne Tuneless Choir.

Edgbaston Tuneless Choir set to launch on 17th January!
Scroll to top
XWe use cookies on our website to give you the most relevant experience by remembering your preferences and repeat visits. By clicking “Accept”, you consent to the use of ALL the cookies on our site. However, you may visit Cookie Settings to provide a controlled consent. Read MoreCookie settingsREJECTACCEPT
Cookie Policy

This website uses cookies to improve your experience while you navigate through the website. Out of these cookies, the cookies that are categorized as necessary are stored on your browser as they are essential for the working of basic functionalities of the website. We also use third-party cookies that help us analyze and understand how you use this website. These cookies will be stored in your browser only with your consent. You also have the option to opt-out of these cookies. But opting out of some of these cookies may have an effect on your browsing experience.
Necessary Always Enabled
These help a website usable by enabling basic function like page navigation and access to secure areas of the website. The website cannot function properly without these cookies. PHPSESSID - this cookie is native to PHP applications. The cookie is used to store and identify a users' unique session ID for the purpose of managing user session on the website. The cookie is a session cookies and is deleted when all the browser windows are closed. viewed_cookie_policy - the cookie is set by the GDPR Cookie Consent plugin and is used to store whether or not user has consented to the use of cookies. It does not store any personal data.
Advertisement
These cookies are used to track visitors across websites. The intention is to display ads that are relevant and engaging for the individual user and thereby more valuable for publishers and third party advertisers. NID - this cookie is used to a profile based on user's interest and display personalized ads to the users. VISITOR_INFO1_LIVE - this cookie is set by Youtube. Used to track the information of the embedded YouTube videos on a website. IDE - used by Google DoubleClick and stores information about how the user uses the website and any other advertisement before visiting the website. This is used to present users with ads that are relevant to them according to the user profile.
Analytics
Analytics cookies help website owners to understand how visitors interact with websites by collecting and reporting information anonymously. GPS - this cookie is set by Youtube and registers a unique ID for tracking users based on their geographical location _ga - this cookie is installed by Google Analytics. The cookie is used to calculate visitor, session, camapign data and keep track of site usage for the site's analytics report. The cookies store information anonymously and assigns a randoly generated number to identify unique visitors. _gid - this cookie is installed by Google Analytics. The cookie is used to store information of how visitors use a website and helps in creating an analytics report of how the website is doing. The data collected including the number visitors, the source where they have come from, and the pages visited in an anonymous form.
Performance
These cookies collect information about how a visitor uses a website but they don’t collect any information that can identify the visitor. YSC - this cookie is set by Youtube and is used to track the views of embedded videos. _gat - this cookie is installed by Google Universal Analytics to throttle the request rate to limit the collection of data on high traffic sites.
Save & Accept